I must be honest, this is my first attempt at hot process soap. I have been shying away from making it, as it looked pretty complicated from the recipes I’ve read beforehand. It turns out it’s pretty simple. Probably there’s some nuances to the process that will make the soap making better.

Try this paprika hot process soap recipe, a hot process soap with paprika as a natural colorant. This time, paprika is used in infused oils with great results. The soap is scented with a sweet orange fragrance, with no more addictives. The end result is a pretty, simple soap, foamy and very fragrant.

You can make soap by hot process with SIMPLE steps. If you’re familiar with cold process, you will only add the cooking step to it, between reaching trace and adding after trace ingredients. You will need a slow cooker though, I would not venture making hot process soap in the stove.

Can Paprika Be Used In Soap Making?

Paprika can be used in both hot process and cold process as a natural colorant. It can be used, like all other natural colorants, in the lye water, added during/after trace or as an infused oil. Have in mind that, if you add it as a powder after trace, the spice itself will make your soap a bit “scratchy”.

I like soap with a bit of exfoliant and paprika is in the right point: it’s a mild, not too aggressive or scrubby exfoliant. In cold process, I’ve used paprika during/after trace, but in this recipe I’ve added it infused in the liquid oils of the recipe. Below, you can see pictures from my cold process soaps with paprika added during trace.

In this recipe, I’ve infused all the liquid oils in paprika. The result is a very strong and vibrant orange color that puts to shame many artificial colorants, something not common in natural colorants. I’ve seen recipes on the net, and it works as well in cold process.

I have not yet tried to use paprika in lye water, but I doubt

How Much Paprika Do You Put In Soap?

In this recipe, I’ve infused 300g of liquid oils in 35g of paprika. That will make 12% of oil weight in paprika, meaning if you infuse 450g (1lb), you need to use approx. 55g or 2oz. But you don’t need to be very straight with the quantity. One more gram or one less gram will make little difference.

I do have 2 years of experience now with cold process soap. I don’t know all – so far from it – but I have some experience with soap paste for liquid soap, tracing, and some common soap issues. So, I’ve finally felt that it was time and emerged myself into the hot process soap experience.

I’ve followed the process steps from this recipe from Lovely Greens, but using my own recipe. This soap was made with 45 minutes of cooking, and so far it seems quite good. I will let it cure and see how to goes along time. If this turns out to be good, I must tell you, hot process is really simple. Not something to begin with, but simple for soap makers with experience.

I have tried to wash my hands with one bar already and the result is… it works as a soap 😀 It foams well and smells like orange. It also has a scent of its own, probably coming from the mixture of infused oils. It’s pleasant, like cookie dough before cooking or something similar.

Some sources say that it takes “several hours” to cook the soap to be neutral (7 pH). Most information in the SoapMakingForum about hot process points to a cooking time (with the slow cooker in high temperature) for 40-45 minutes.

And handmade soap can’t really get neutral. Check out for example this post about lowering pH in soap. It’s good enough if you get 9 in pH. I am going with that information, as it makes sense to me: soap is alcaline by nature, if you try to change it, you won’t get soap but something else you might not want to use to clean yourself. When I hear about trying to get sop to b neutral/lower pH, I start to doubt about that source.

As my first attempt at hot process, and unlike what I usually do – be sparse with oils – I’ve used a rich mixture of oils. Nothing less than 6 oils, including shea butter. With time, I will see how the resulting soap performs with this complete mixture of oils – and if it’s worth it.

As this soap uses high temperature in its making, and ricing or siezing is impossible, unless you turn the heat off before time, I’ve used a fragrance oil with no fear of getting my soap wrong.

Of course, it would have to be an orange fragrance 🙂 Not only it’s a scent I am unable to use in cold process, it makes total sense for a soap with this color. There is an essential oil, Orange Ten Fold Essential Oil, a concentrated sweet orange essential oil, that you can use in cold process and it’s said to work. But I don’t have it available locally, so I’ve decided to simply use another soap making process and the fragrance oil.

I didn’t use any other addictives as I wanted to see a “pure” hot process soap performing. I’ve read that adding yogurt at the end of the soap will make it milder and foamier. Something to try on another recipe.

I will probably give it a try at other ingredients, such as milk, rice water or herbal-infused waters. Since they won’t suffer the saponification process, I believe hot process soap will benefit from the medicinal plant properties more effectively than cold process soap. Adding shea butter as a superfat, instead of making it part of the oils mixture, might also enrich the soap.

I am yet to find out why recipes don’t use anti-oxidant in hot process, as I don’t see any reason not to. Sodium lactate is also a common addictive in hot process soap, said to make the soap batter more fluid to work with. For now, I will only use 25% of lye concentration and see if I have issues with soap batter fluidity.

In the end, this resulted in a beautiful soap with a vibrant color and a wonderful scent. The soap itself is as good as any other handmande soap: mild, foamy and somehow conditioning. This is my first hot process soap recipe. It uses paprika-infused liquid oils that gives a beautiful, vibrant orange color to the soap. The oils mixture is a rich one: olive oil, coconut oil, sunflower oil, sweet almond oil, castor oil and shea butter. The scent is given by an orange fragrance, since I am not afraid of trace acceleration: the soap batter is going to be over heat, and cooked during the process. I have used no other addictives, not even sodium lactate, to get to know how to work with hot process soap. But I've used a low lye concentration (23.5%) compared with what I used normally (30%). Hot process soap requires water to work well. The soap making experience went quite well. Still, this is a soap recipe/method meant for soap makers with experience. Difficulty: AdvancedWeight: 455g (16 oz or 1lb)Superfat: 5%Lye Concentration: 23.5%
Print Recipe Pin Recipe
Prep Time: 30 minutes
Cook Time: 1 hour
Total Time: 1 hour 30 minutes
Method: Hot Process
Cosmetic: Soap Bar
Servings: 6 soap bars
Cost: $5 – $10,20 / 4€ – 10€

Cutting and Curing the Soap Bars 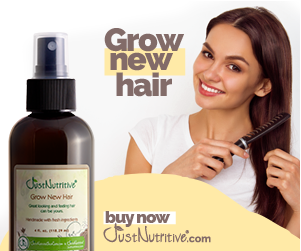